In this post I go over how to setup a basic Clojure development environment and I solve all the exercises from the “Learn Clojure” guide, with examples and explanations. If you want to clone my solutions and play around with them yourself, feel free to grab the code itself from my GitHub.

If you want, you can read everything I have to say about Clojure by looking at the Clojure tag.

Clojure feels hostile. It feels like a language which was built for seniors. If I don’t understand something, it always feels like my fault - the docs are there, the tools are there, I’m just not good enough yet.

Now, I’m not a junior developer, by any means. But it felt like the barrier for entry was unnecessarily… well, not high, just hard. You have to learn so much just to get to learn Clojure.

The best analogy I can give is that if learning, say, basic Python feels like a fun workout in the Park, learning Clojure feels like Pai Mei’s training from Kill Bill.

Now, THEORETICALLY, after the training is over, I’m supposed to have some super powers. 🦸

So personally (not in a professional capacity) I will continue learning Clojure. But for professional usage, unless you already have a core team that is fluent in Clojure, or a highly specific need to use it - I would pick other languages to go with to get started with projects. Easier learning curve and easier to hire relevant talent. Take this conclusion with a grain of salt! 🧂 I’m still very new here.

Setting up the tools

This is a fresh OS, so I needed to install stuff from scratch. Pretty easy to follow the documentation once you know what you need, but I’ll post a TL;DR here:

This one is annoying to “start” with. But it’s the de-facto standard editor for Clojure developers, so I have to try it, I guess. Installation is easy enough:

It runs quite a lot of installations etc. now, so go grab yourself a coffee while it does its thing.

Opening a project to learn with

What I should have done:

And then I opened that project in spacemacs. Quick sidebar here about the REPL. REPL stands for Read Evaluate Print Loop and means Reading a line, Evaluating the string into things that makes sense in the language, and Printing the result from the Evaluate step. In that sense, a commandline calculator is a REPL as well - not just programming shells!

With Spacemacs and Clojure, you can REPL the code as you’re writing it, and it seems to be the zeitgeist of developing with Clojure. There is quite a lot of documentation about it but the best I’ve found is Practicalli’s Spacemacs guide.

The TL;DR is open the project in spacemacs, then run sesmen-start by typing , ', and then jump to the REPL with , s a. Everything else you want to find using SPC SPC.

This part has “spoilers” (if you can even call them that) since I show the exercises’ answers.

All the answers can also be found on a repository I’ve opened.

I started with learning the REPL syntax by following the exercises here. Instead of directly using a REPL, I typed all this out in a file and used , e to evaluate and write as a comment.

The next step was to:

Can’t really do this inside the code example, so I’ll just write what I did. To open the REPL in Spacemacs: , s a calls cider-switch-to-repl-buffer. This is invaluable advice and will become something you run all the time! Get used to it. , s a.

Then, I loaded the REPL functions using (require '[clojure.repl :refer :all]). Later I realized this happens automatically.

Then, to see the docs for rem and mod, all I did was:

Then I played around a little more, trying rem and mod myself and looking at their source:

Finally, the tutorial went over the very useful find-doc function, which reminded my of the immensely useful man -k and man -K.

Using find-doc, find the function that prints the stack trace of the most recent REPL exception.

This one took a WHILE. Follow along with the guide!

I changed the function name from greet to greetq1 to avoid clashes between different questions.

Here’s what (doc str) returns on the REPL:

At this point, testing at the REPL was getting tiresome. So I started testing with assert calls, instead. After the fact, I’ve probably learned more from writing the assertions, as well. This is a good reminder to Kent Beck’s advice on learning tests:

When do you write tests for externally produced software? Before the first time you are going to use a new facility in the package.

So back on track:

What I didn’t realize was that I thought that (x) is an expression that would just evaluate to x, but it’s not! (f x) is a list sintactically, and a function invokation semantically. The first position in the list is the thing to invoke (in the function position). So (f) means INVOCATION of f’s VALUE (which normally is a function). (x) means INVOCATION of x’s VALUE, but x’s value is non-invokable!

I didn’t understand why the constantly function was useful, so I looked it up here.

Wrote this function to test:

For testing opposite, I’ve defined these functions:

Again, defined this function for testing:

And here’s how the testing looked in the REPL:

So, I wanted to test this with asserts instead. To do this, I wanted to define a counter. This led me down a rabbit hole of trying to use dynamic scope with the ^:dynamic metadata just by following StackOverflow answers, but that didn’t work. With some advice, I tried atoms, instead. To get started with atoms I ran (find-doc "atom") and I found three seemingly useful things:

And with these, I could set up a test!

The following exercises deal with Java interop, which I find exciting. I’s a really cool feature of the language in my opinion. A lot of great stuff is written in Java. 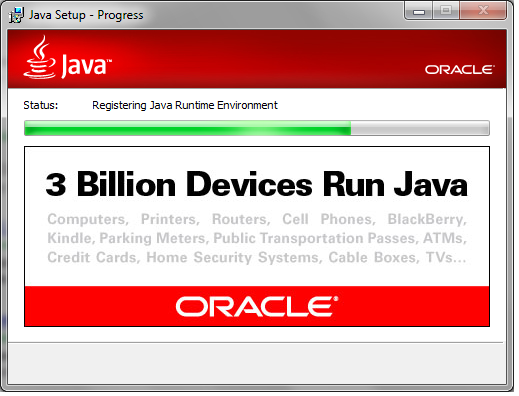 While true, this exercise is written in a somewhat misleading fashion! Check out these asserts to understand why:

And from the REPL:

I had some real roadblocks, but I felt like I was getting faster towards the end.

So my plan is to continue with the Learn Clojure tutorial, and I’m assuming it will go a lot faster. So expect the next parts to come up on the blog at some point.