Last time we talked a lot about the WHY. This post is all about the HOW.

If a task is done and no one marks it in a ticketing system, does it actually work?

Like I said last time, the first task was to start dumping tasks into a board; lo and behold. It’s still rather empty, but at least there’s something tangible to look at. 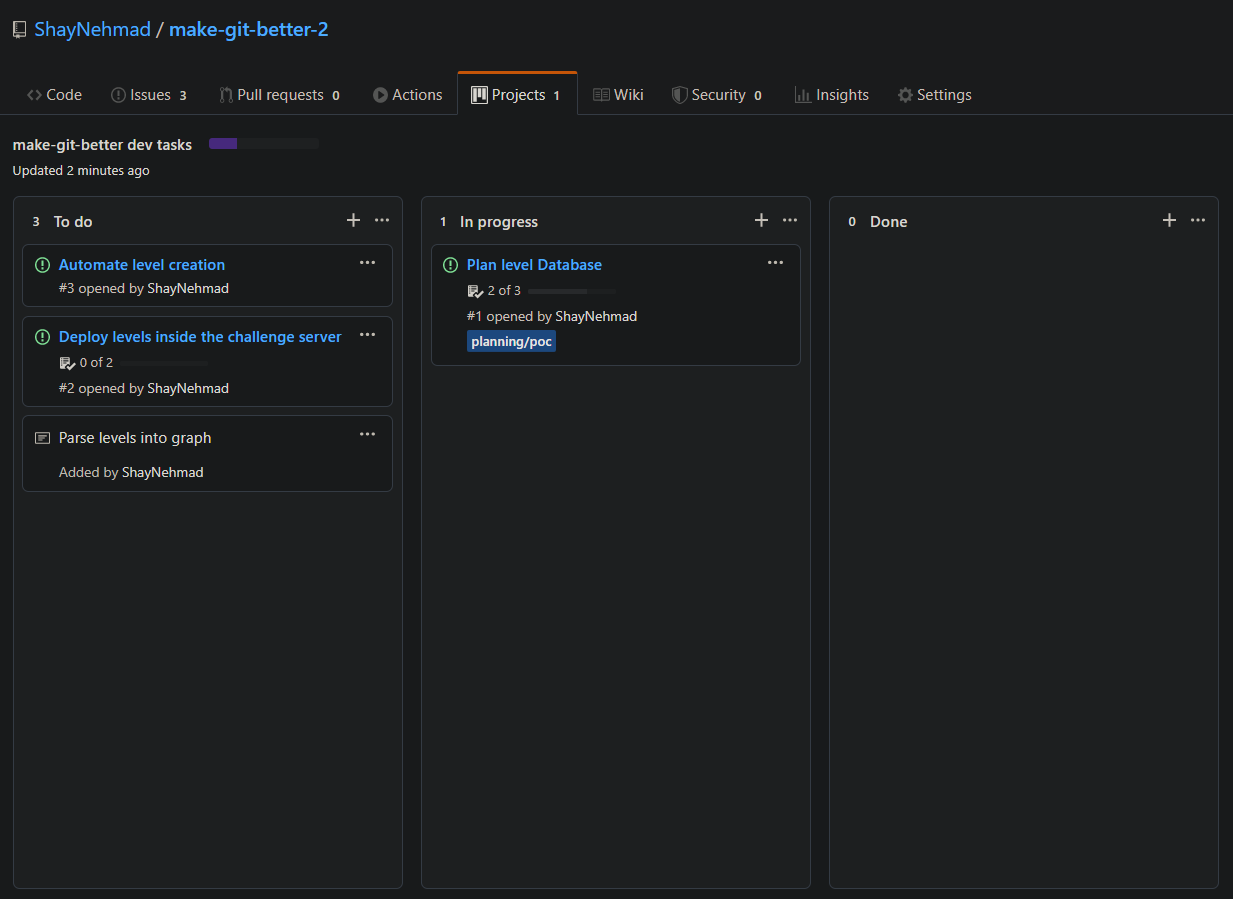 Here is the main “User Story”. This is the first time I’m writing it down. Super helpful to talk about this out loud and write it down, it really makes ideas more concrete. So:

Here’s how a user will start playing the CTF

In very broad strokes, it seems like the CTF will have three main “moving parts”.

OK, so now that we know more precisely how the CTF will behave, we need to start to work on ONE of the components: Let’s move to the level DB first since it seems like the real “core” of the CTF. I’ll have to program around how this DB is built.

Given this definition of “Level”, what’s the structure of the DB

First, we’ll have one game_config.toml file that looks like this:

I think this will be the semi-final directory structure and parts of the project, following the HLD from before:

Back on planet earth… 🌍

I “wasted” some time on installations and reading.

Downloaded Rust and started learning it, since I think it’ll make a good fit for all the /scripts code that I need to write, and I’m growing a little tired of Python.

I also made Docker work on my WSL using this guide. I would have preferred to get WSL2 but I can’t join the Windows Insider Program on this PC, so I’ll have to wait patiently 😪

Next time I’m going to go in a totally different direction: Now that the plan feels solid and grounded, I’m going to work on getting just the first two levels done and working. This should be a pretty big task since I want a LOT of automation here, but once this infrastructure is laid down, adding more levels should be a walk in the park.